PLEASE NOTE: We Do Not Do Marine Sales Or Pressure Washer Sales

TIME AND TIDE WAIT FOR NO MAN

On May 1st and 2nd of 2010, Middle and Western Tennessee experienced what was referred to as the “1,000 year flood”.  According to the National Weather Service, 13.57 inches of rainfall was measured during a 36-hour time period. The combined two-day rainfall total doubled the previous 48-hour record in Nashville history. On May 3rd at 6 p.m., the Cumberland River crested downtown, reaching a level of 51.86 feet. The Cumberland River, which runs through Nashville, was the highest level recorded since the Cumberland River dam system was built in the late 1950s and early 1960s. The previous record was 47.6 feet set on March 15, 1975.

Near the Cumberland River, a loyal Yamada® customer that manufactures galvanized plated steel shelving for the retail and manufacturing market, prepared for the worse; but hoped for a less likely chance their facility would be affected by the flood.  At the time, they had 9 each NDP-80BPS pumps in service on their galvanizing line.  They were extremely pleased with the 3″ pumps performance. 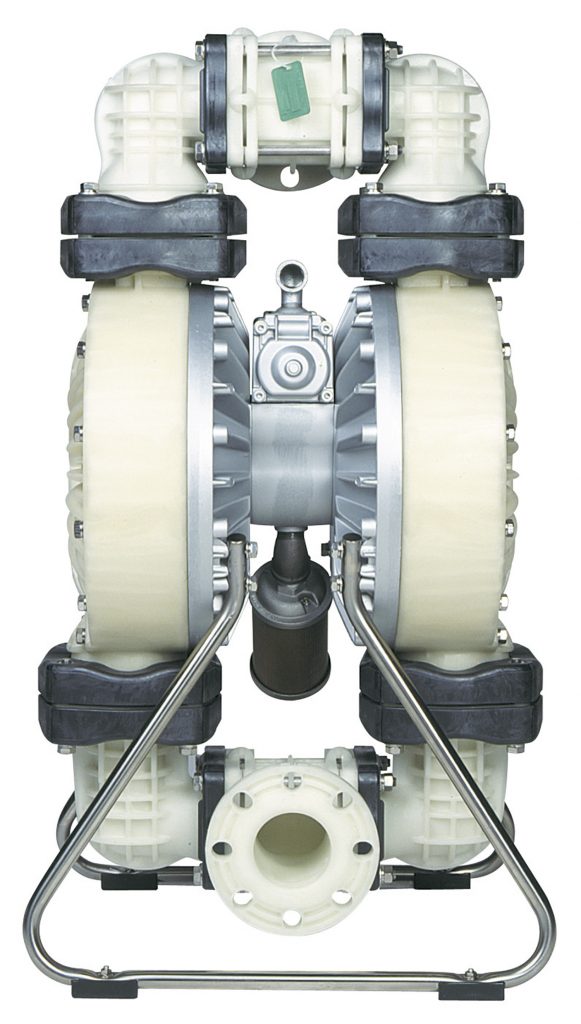 With the impending rains and floods, the customer was forced to evacuate their facility.  It would be another two weeks before they could get back to the facility to assess the situation and any possible damage.  Their main concern was getting their vital galvanizing line buck up to speed as quickly as possible.  They were astounded to find that all 9 Yamada pumps had been completely submerged by the flood waters for nearly two full weeks.  The customer wasn’t certain if any of the pumps would perform and may have been damaged after being under muddy water for such a long period of time.

With some hope and trepidation, compressed air was applied to the pumps and …. all nine pumps started immediately, without any delay!

SEE WHAT YAMADA HAS TO OFFER!

As I think back on this story, it reminds me of the “torture test” advertisements used in the old Timex® watch TV ads made popular by newscaster, John Cameron Swayze, who hosted the spots.

A number of these ads subjected the watches to a myriad  of trials. For over 20 years, well into the 1970s, Swayze appeared in the advertising series with one kind of Timex watch or another being subject to various physical challenges to prove their durability, shock resistance, and/or superior waterproofing.  In showing the durability of the watch he stated, “It takes a licking and keeps on ticking.”

Yamada’s slogan states that “The Proof’s in the Pump®”  and in my experience over the years, I have seen Yamada outlast and outperform the competitor’s pumps.  So, if I could add my own little catch phrase, “Yamada pumps take a thumping but keeps on pumping!”

TIMEX is a registered trademark of Timex Group USA, Inc.

No one has commented yet. Be the first to post one!
Subscribe
Connect
Subscribe to our Feed Like us on Facebook Follow us on Twitter Follow us on Linkedin Circle us on Google+
Recent
How Are We Responding As a Company to COVID-19? DAF SYSTEM IN MEAT PROCESSING IS A GOOD FIT FOR YAMADA WHO’S TO BLAME? TIME AND TIDE WAIT FOR NO MAN IT STARTED WITH A FITTING
Categories
Ampco Pumps Beer Pumps BJM Pumps BPH-Pump News Caty Pumps Food Pumps Lutz Pumps Yamada Pumps
Archives
February 2012 October 2013 November 2013 May 2014 June 2014 December 2014 June 2015 July 2015 September 2015 February 2016 July 2019 March 2020

This site uses cookies to analyze traffic for ads measurement purposes. Learn more about how we use cookies. Got It